A little more than a hundred years ago the Scottish architect, artist and designer Charles Rennie Mackintosh arrived in Walberswick for a summer retreat to re-charge his batteries. His career and health had sunk to a low ebb, and his loyal friend and mentor Francis Newbury - Head of Glasgow School of Art - suggested that he and his wife, Margaret Macdonald Mackintosh, might benefit from a creative break in Walberswick.

For many years Newbury had spent summer holidays at Rooftree, a semi-detached villa in the main street, as well as renting a converted riverside net shed for use as a studio. The adjoining half of the villa, Millside, was a lodging house at which Newbery was able to arrange accommodation for his friends as well as studio space for them, near his own, beside the river. Just after the Mackintoshes arrived for their summer break war broke out, and a decision was made to stay in Walberswick for a full year. Mackintosh was no stranger to the area, having spent shorter periods of time in Norfolk and Suffolk in 1897 and 1905. Surviving drawings from the 1897 visit include detailed studies of Blythburgh church. 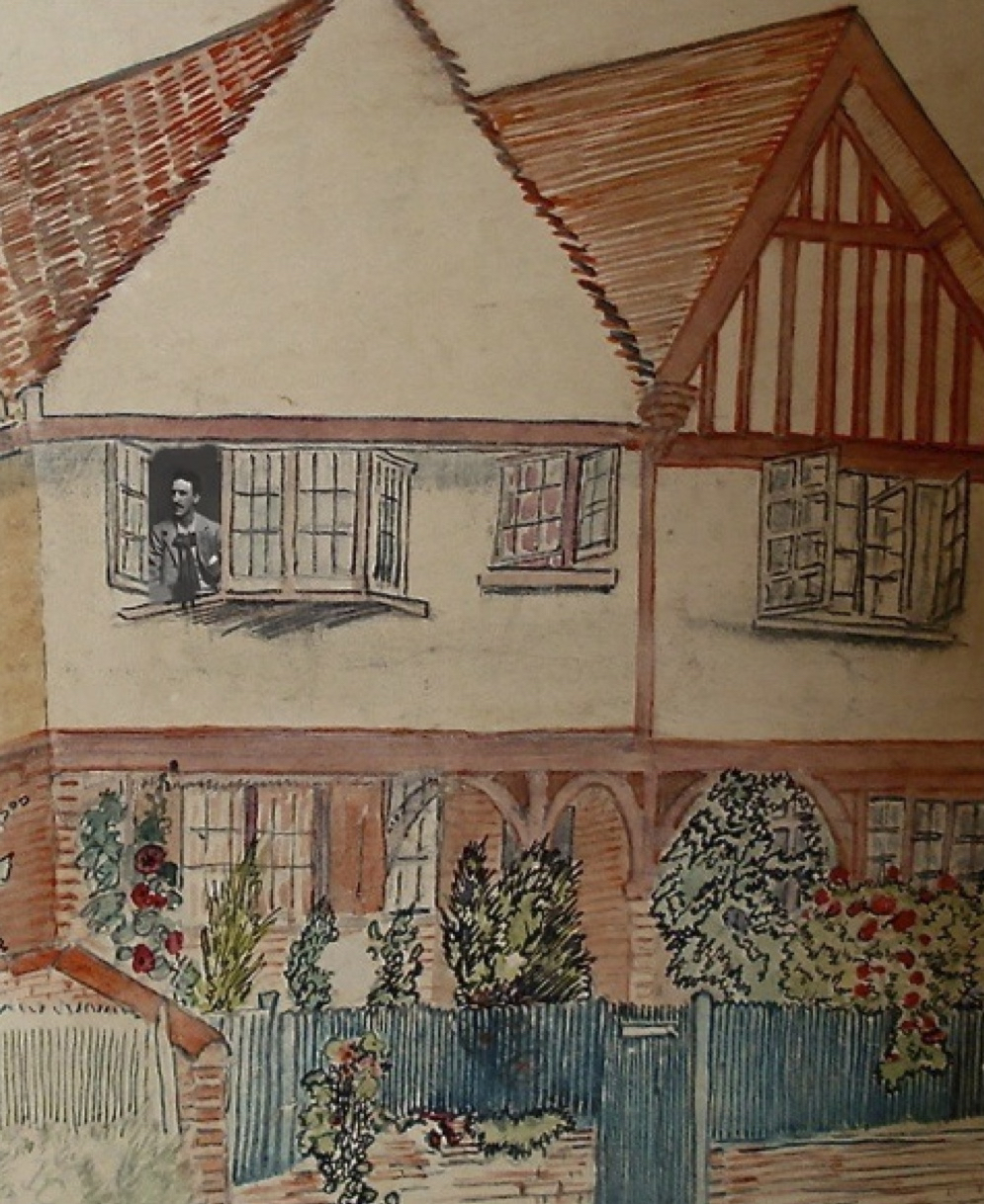 He was born in Glasgow, the fourth of eleven children, on June 7, 1868. His father William McIntosh, a policeman, changed the family name to Mackintosh in 1892, it appears that Charles made the change at this time. From 1889 until 1913 he worked on a number of prestigious architectural projects with Honeyman and Keppie; the last of these before leaving the practice was Glasgow School of Art, built between 1896 and 1909 and now regarded as his masterpiece. In 1913 he made an ill-fated attempt to set up his own free-lance practice, and fell into the grip of depressive illness mentioned earlier.

Soon after his arrival in Walberswick Mackintosh's condition began to improve. He set to work on some detailed topographical drawings and watercolours, mainly near the river. He also made a careful study of Bell Cottage, almost unchanged now, after well over 100 years. These drawings are all dated 1914 and were likely dated from the early part of his stay; tight restrictions were soon introduced concerning access to militarily sensitive areas, and artists working en plein air were regarded with great suspicion.

Between 1901 and the mid-1920s Mackintosh produced a substantial number of elegant flower studies, drawn from cut specimens. We now all know them from prints, cards and calendars. It is generally acknowledged that those he made in Walberswick were the best. Probably because they were intended to be published in Germany in book form which, sadly, the war put a stop to. The delicacy and tension of the lines and the subtlety of the colour impart a magical quality to these drawings. Mackintosh incorporated a neat cartouche below or beside each work, containing details of location, subject, the date, the artist's initials and those of his wife Margaret (M.M.M) when she was with him. In the Holy Island flower drawings of 1901 there are also the initials of friends present at the time, such as Herbert McNair and Frances Macdonald. This weakens the argument that MMM is incorporated because it was she who did the water- colouring on CRM's drawing.

By the end of 1914 trouble was brewing for Macintosh. His earlier connections with the Viennese Secession and close friendship with Hermann Muthesius were no secret, and his inclination to go for evening walks with a forbidden lantern led to rumours that he was a spy, signalling to foes at sea. He was arrested after just under a year in the village ‘on suspicion' and held in what was effectively house arrest at Westwood Cottage, where the painter Arthur Rendall had a studio. Philip Alexander of Millfield Road negotiated his release, but not before he had been banished from the three East Anglian counties for the duration of the war - a devastating end to an inspired and productive period and one of which Walberswick cannot be proud.